You are in Agent mode

What does it mean if my prescription drug has a requirement or limitation?

Plans have rules that limit how and when they cover certain drugs. These rules are called requirements or limitations. You need to follow the rules to avoid paying the full cost of the drug out-of-pocket. If needed, you and your doctor can also ask the plan for an exception.

Here are the requirements and limitations you may see on a drug list:

The plan needs more information from your doctor about how the drug is going to be used before it will pay.

The plan will cover only a certain amount of a drug or type of drug for one copay or over a certain number of days.

The plan wants you to try one or more lower-cost alternative drugs before it will cover the drug that costs more.

Some drugs can be covered by either Medicare Part B (doctor and outpatient health care) or Medicare Part D (prescription drugs). The plan needs more information about how a drug will be used to make sure it's covered by the right part of Medicare.

What does Medicare Part D cost?

Like Medicare Advantage plans, Part D stand-alone plans will also vary in costs based on the plan you choose. Each plan negotiates prices with drug manufactures and pharmacies. Your copays and coinsurance rates are based on these prices and on guidelines set by Medicare. You can find explanations of specific drug costs in each Part D plan's Summary of Benefits or Evidence of Coverage materials.

Your total prescription drug costs will also be impacted by the number of prescriptions you take, how often you take them, if you get them from an in-network or out-of-network pharmacy, and what Part D coverage stage you are in. Your costs may also be less if you qualify for the Extra Help program.

First, let's look at what kinds of costs you could pay for Part D, then dive into the different coverage stages and how they work.

Costs you could pay with Medicare Part D

With stand-alone Part D plans, you will pay a monthly premium and may also pay an annual deductible, copays and coinsurance.

Some plans charge deductibles, some do not, but Medicare sets a maximum deductible amount each year. In 2021, the annual deductible limit for Part D is $445.

Copays are generally required each time you fill a prescription for a covered drug. Amounts can vary based on the plan’s formulary tiers as well as what pharmacy you use if the plan has network pharmacies.

Some plans may also set coinsurance rates for certain drugs or tiers. In this case the plan charges a percentage of the cost each time you fill a prescription.

During the year, you may go through different drug coverage stages. There are four stages, and it's important to understand how each impact your prescription drug costs. You may not go through all the stages. People who take few prescription drugs may remain in the deductible stage or move only to the initial coverage stage. People with many medications (or expensive ones) may move into the coverage gap (the Part D "Donut Hole") and/or catastrophic stage.

The coverage stage cycle starts over at the beginning of each plan year, usually January 1st.

You pay for your drugs until you reach your plan's deductible

If your plan doesn't have a deductible, your coverage starts with the first prescription you fill.

You pay a copay or coinsurance, and your plan pays the rest.

You pay a small copay or coinsurance amount.

You stay in this stage for the rest of the plan year.

A note about the Part D coverage gap (donut hole)

The Part D coverage gap—also known as the "donut hole"—opens when you and your plan have paid up to a certain limit for your drugs in the one year. When you're in this stage, you pay a bigger share of the costs for your prescriptions than before. You will exit the coverage gap only when the total amount you and others on your behalf have paid for your drugs reaches another set limit. The limits to enter and exit the coverage gap are set by Medicare, as well as what counts towards reaching the limits, and both can change each year.

*If you get Extra Help from Medicare, the coverage gap doesn't apply to you.

See how Medicare costs may work with these Medicare coverage examples

Tips for saving on prescription drugs

2BriovaRx is an affiliate of UnitedHealthcare Insurance Company. Other pharmacies are available in our network. You are not required to use BriovaRx as your specialty pharmacy. 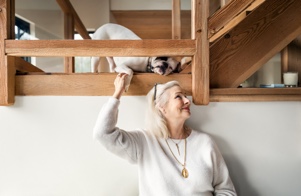 Read Next: How to Enroll

Learn more about how to enroll

Meet with a Sales Agent

Find an Agent - opens in a new tab

Already a member? Call the number on the back of your member ID card.

Already a member? Call the number on the back of your member ID card.

ATTENTION: We no longer support Internet Explorer (IE) or certain versions of other browsers. Let's upgrade your browser to make sure you all functionality works as intended.